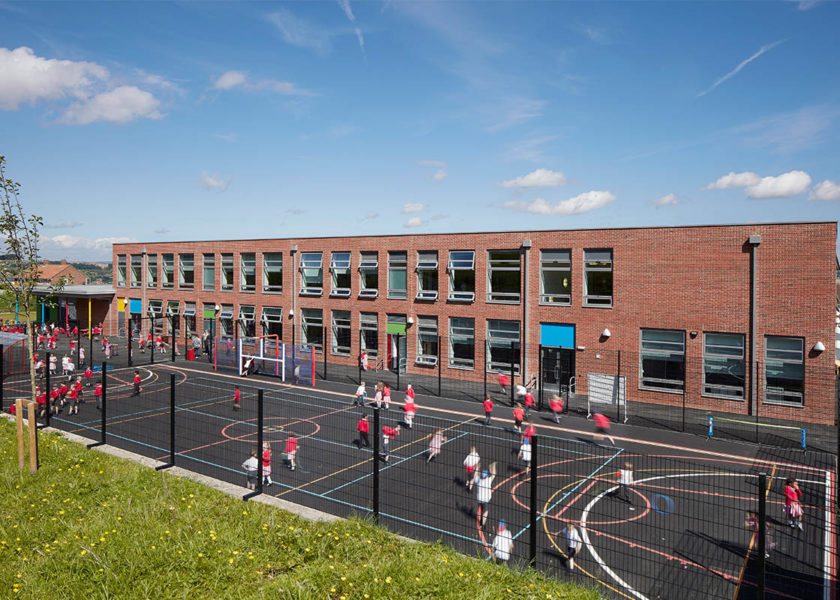 Major contractor Galliford Try was commissioned to build or expand a total of 17 schools in the North East of England, and IKO Polymeric was chosen to provide the roofing. There were two parts to the project. The first was the £35.7 million Hull and East Riding batch of schools under the Priority Schools Building Programme. It was followed by the North East batch, consisting of 12 schools across Northumberland and Durham.

The logistics are impressive. Construction was simultaneous, covering at least 80 miles north to south, involving both urban and rural districts and spanning seven planning authorities.

IKO Polymeric was selected to provide its Armourplan single ply membrane. A major factor in securing the contract was IKO Polymeric’s capacity to provide single source responsibility for the entire roof system. Also, because of its strong distribution channel and partnership with SIG Design & Technology, IKO Polymeric could rise to the challenge of organising deliveries to all the different sites. Stocking the materials in SIG D&T’s local branches not only helped IKO Polymeric make prompt deliveries but also reduced the carbon emission throughout the whole project. IKO Polymeric also provided extensive site support throughout the installation.