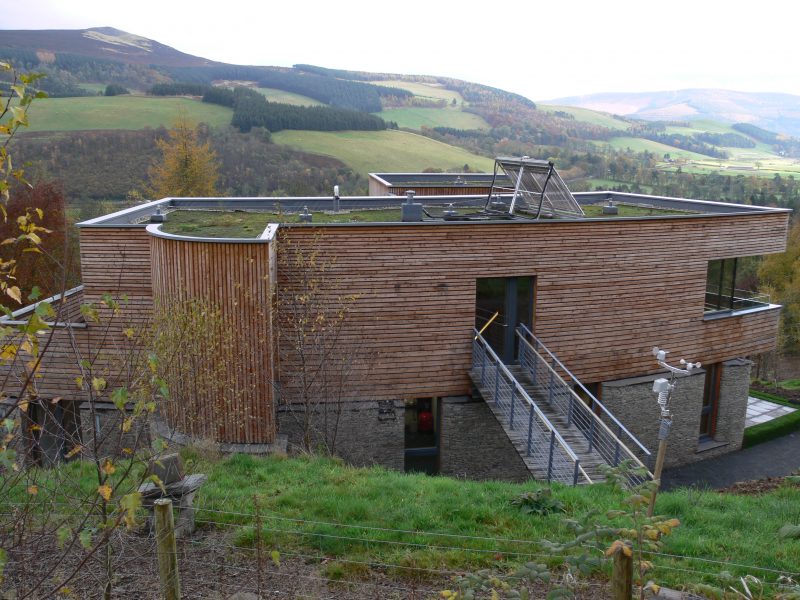 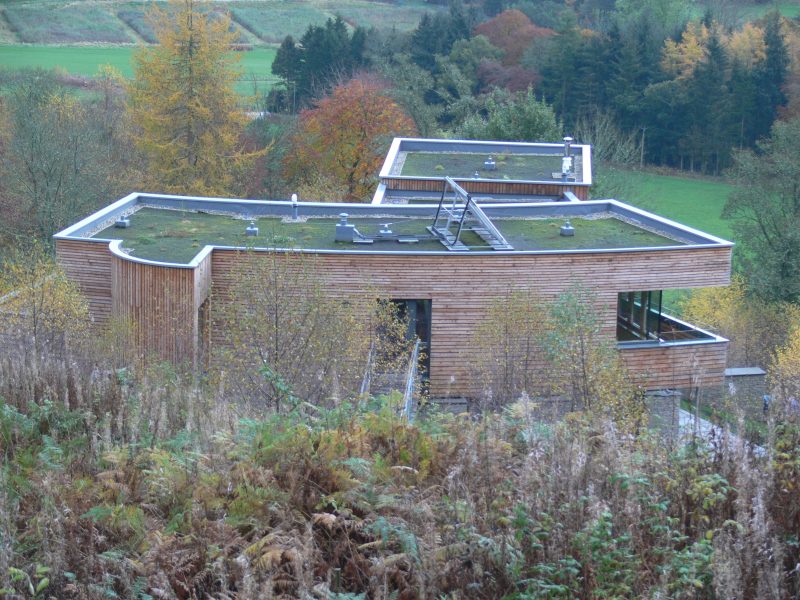 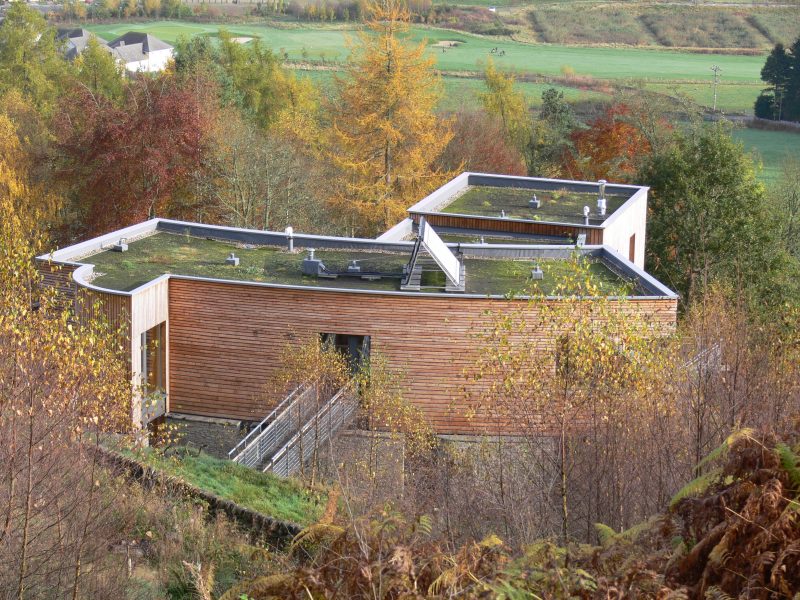 IKO Polymeric has provided a stunning new ‘brown roof’ on a house in the Scottish Borders. Plummerswood is a new private dwelling on a site overlooking the River Tweed. It has been designed to last 100 years and takes into account the requirements of future generations of the family.

The house is the first to be constructed in the UK with zero heating requirements using the mass timber Brettstapel technique. Passive technologies such as orientation for daylight and solar gain, super insulation and air-tightness levels have been utilised in order to achieve the internationally recognised Passivhaus standard. The main superstructure was prefabricated in Austria and shipped to the site in the Borders area of Scotland.

For the roof of the project, the client wanted to mimic the existing gorse land environment to lessen the visual impact. Following a CPD carried out by IKO Polymeric at Edinburgh based architects Gaia Group, an IKOgreen ‘Brown Roof’ system was chosen for suitability. A brown roof, also referred to as a Biodiverse roof, would also provide a habitat capable of supporting wildlife as well as enhancing the appearance.

For the main flat roof area, IKO Polymeric’s UK manufactured Spectraplan TPE SG120 Light Grey single ply membrane was installed. Gaia Architects hadn’t specified single ply on any of their previous projects, however, on the basis that Spectraplan TPE membranes are free of halogens (Chlorine, Fluorine, Bromine and Iodine), softeners, (H)CFCs and heavy metals, they were happy to specify the product.

Finally for the top layer of the roof, the client had reclaimed the site soil as the growing substrate, and the IKOgreen Biodiverse roofing system comprising Plasfeed 5+1, and IKO Filter Fleece were installed. Aim Developments Ltd based in Perthshire, were the installing roofing contractors.

Howard Liddell, Director of Gaia Architects comments; “We almost never specify this type of roof and it is mainly down to client request that we went along with it. Having looked at its credentials and because of the significant rural context of this project, we are now very pleased with the outcome, and would be prepared to recommend this particular roof system to other architects”.