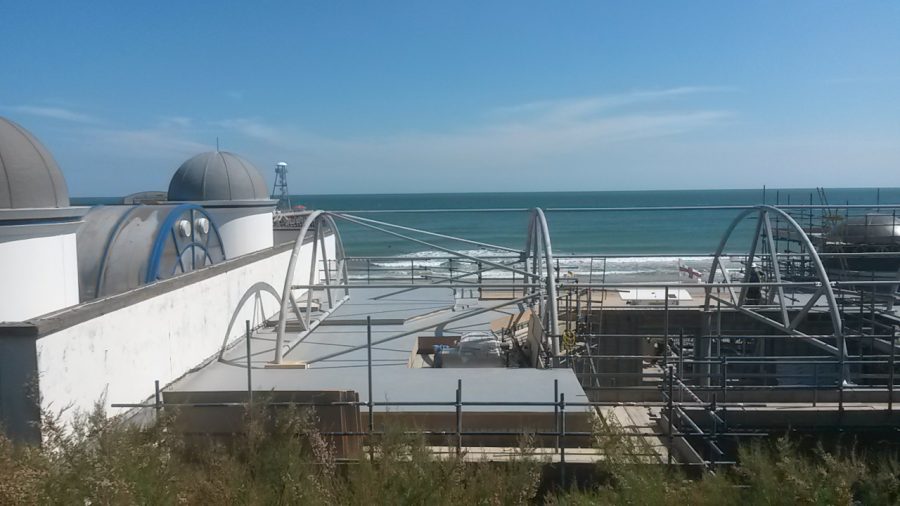 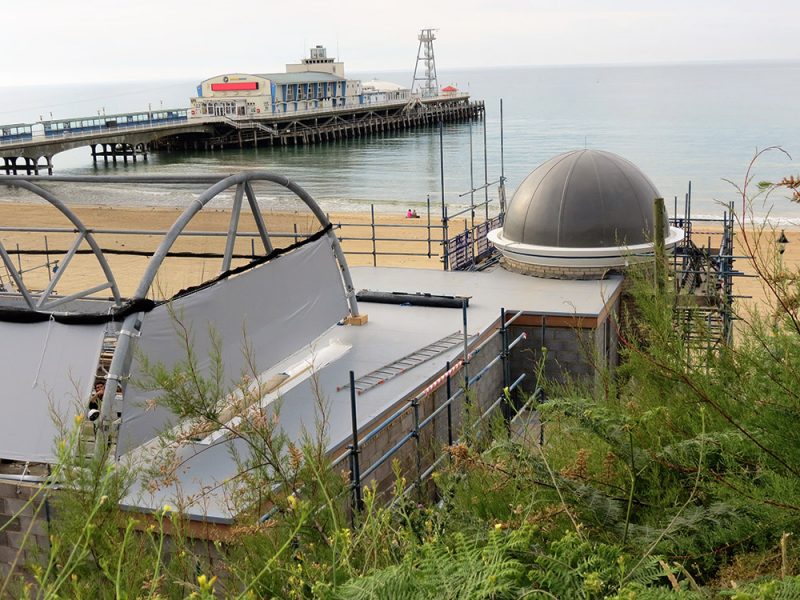 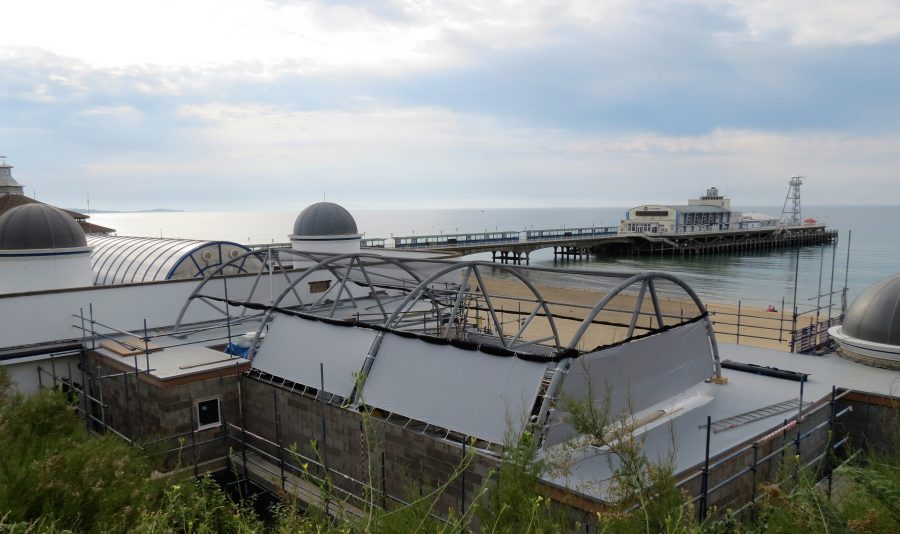 A recent project to provide 250m2 of roofing for a kiosk, covered walkways and stores for the £1.5million extension to Bournemouth Oceanarium was a new departure for IKO Polymeric and Excel Roofing Services – at least in terms of the end users! The centrepiece of the extension is the new Penguin Beach Encounter, a two storey building housing the latest Oceanarium residents – 10 Humboldt Penguins. Five years in the planning, this is the biggest project the attraction has undergone since opening in 1998, increasing the size of the aquarium by a third.

“The new roof had to look good from all angles as it’s on the beachfront and visible from the Promenade above,” explains Andy Coles, IKO Polymeric’sSenior Field Engineer. “Our Armourplan PVC single ply membrane comes in a wide selection of colours so it was the obvious choice for the project. Slate Grey and Mid Grey were chosen to complement the existing GRP edge trims, curved metal drips and upstands to the edge of the warm roof section. The warm roof covers the kiosk and walkways and the cold roof covers the stores area.”

IKO Polymeric’s expertise helped solve the problem of securing the netting, originally specified to be done with eye bolts which proved impractical. Instead the netting was secured with welded on membrane straps. IKO Polymeric’s advice was also sought on the weather detailing of the exposed metal frame. IKO Polymeric was recommended, and was used to seal existing GRP trims and the weather exposed steel frame which supports the netting.

Deliveries had to be carefully timed as the Promenade was open to the public throughout, and access to the site was carefully controlled to ensure safety.